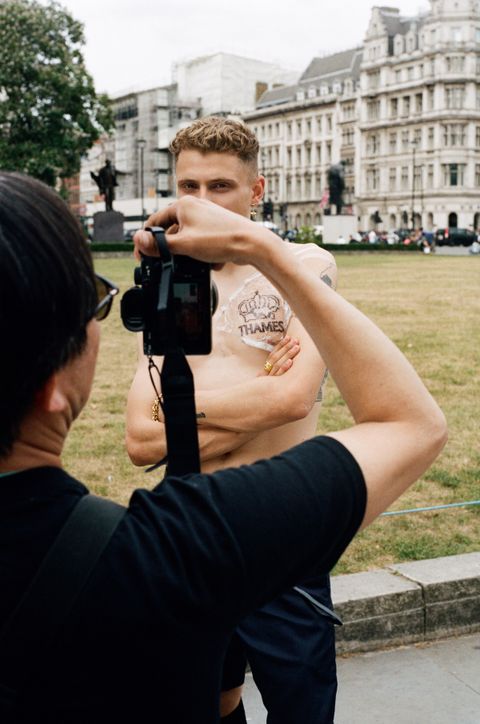 When Blondey McCoy becomes Prime Minister of the United Kingdom, one of the first things he’ll make mandatory are “Social Media Ed” classes for students. “If you ask kids today if they’d rather have sex galore or ten thousand Instagram followers, I’d bet they’d care more about the latter and that’s crushing,” he laughs.

The 22-year-old London pro-skater-artist-model-designer has a lot to say about the current state of youth culture, which has been gripped by the instant gratification garnered through social media.

“I’ll work on an art show for a year and a half and pour a lot of myself into it, but then I get hit by a taxi while skateboarding and people go crazy,” he says in reference to Palace’s 2017 skate film Palasonic. “You realize you can’t take it too seriously.” 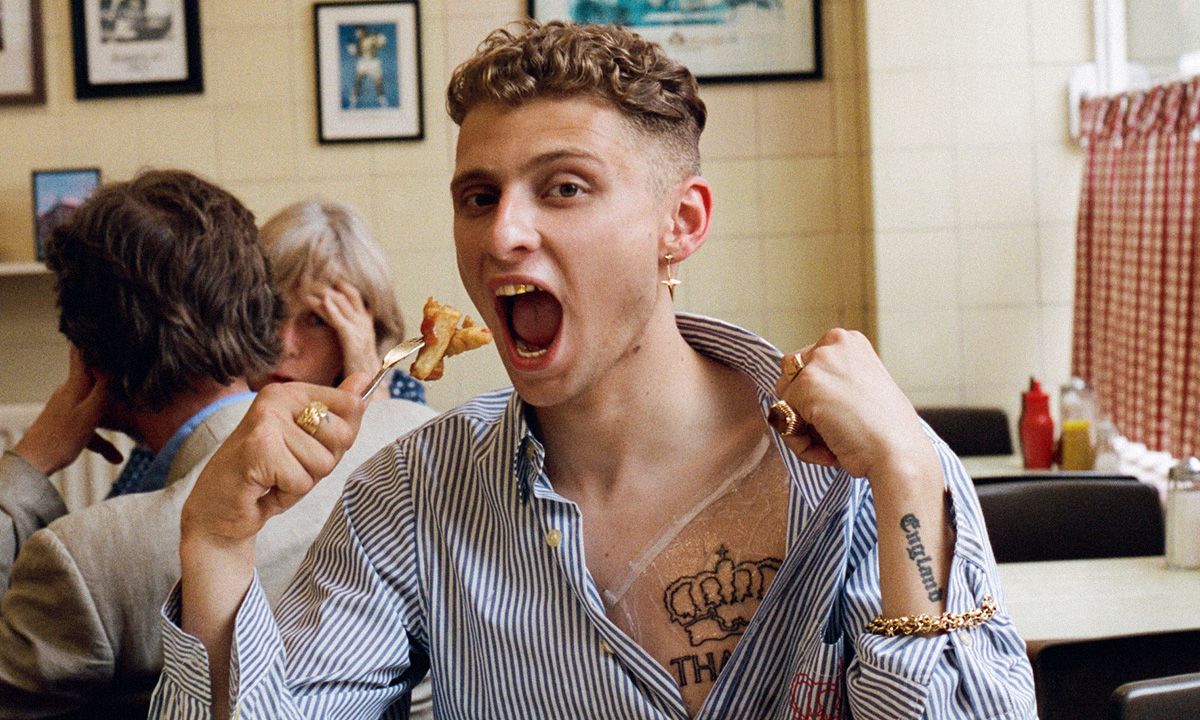 McCoy is pacing around Ronchini Gallery in London’s upscale Mayfair neighborhood where his latest solo art show “Stella Populis” — his seventh to date — is on display. The show is a study on the manifestations of super-fanaticism related to both religion and pop culture and attempts to draw parallels between the two through photography, digital illustration, and installation art. It includes a rendered coronation portrait of the undisputed goddess of pop culture, Lady Diana Spencer, and a series of mirrored and acrylic crucifixes, engraved and UV-printed with lists of confessions and sins (with lines lifted from the Pet Shop Boys song “It’s a Sin”). 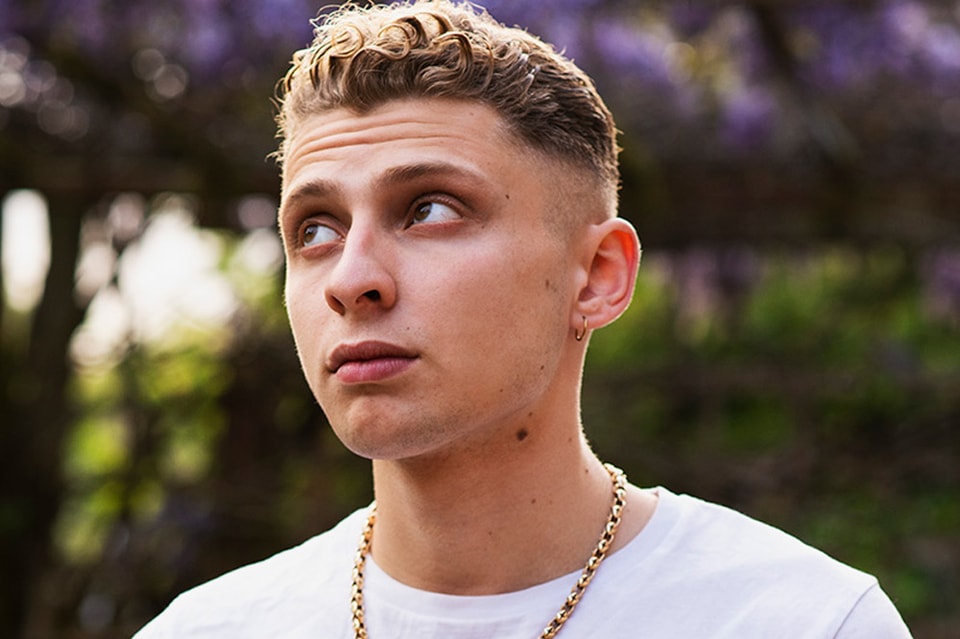 “Epiphanies,” a series of 25 laser-etched portraits of celebrities on toast — a tongue-in-cheek parody of people spotting Christ himself on their breakfast as proof of his existence — cover the walls of the intimate space, accompanied by ironic passages: “Fuck my life superstar” accompanies the portrait of Dwayne “The Rock” Johnson; “Having let you finish,” that of Taylor Swift; “Uneasy lies the head that wears a crown,” Cristiano Ronaldo; and “The lips God gave me,” Kendall Jenner.

The centerpiece of the exhibition, titled “The Loved One,” features a life-sized silicone sculpture of Plato, the fictional character played by Sal Mineo in the 1955 film Rebel Without a Cause who is shot down by police on the stairs of the Griffith Observatory, and, like a sacrificial lamb, dies for the sins of his fellow college-goers. The doll, made by film prop makers in a Los Angeles foundry, is completed with individually punched human hair and is crucified on a giant letter “T” in the same style as the letters of the famous Hollywood Sign.